As we start moving towards a more secure internet (not just HTTP) I have noticed more people starting to ask questions about secure mail protocols and how to test.

You will need openssl and python but if you are using certbot you should already have these installed.

Part A - Protocols and Definitions

PROTOCOL - much like a language. 3 Main Protocols in use are POP, IMAP and SMTP. A comparison can be found here: http://www.contactgenie.info/understanding-email-protocols-pop-imap-mapi-eas/. We will focus on IMAP, POP and SMTP as they are easy to find and work with. MAPI and some of the others are Vendor Specific and require exchange/compatible servers to test.

TRANSPORT - how we connect and communicate with the server. Unlike HTTP which has secure and non secure mail protocols have a 3rd option. Below are the definitions of the 3 ways we can talk to a mail server (using any of the above protocols)

A) IMPLICITLY Secure - like HTTPS - all communications are encrypted from the begining
B) EXPLICITY Secure - the closest comparison would be a redirect. Where we start talking HTTP and then the server tells us to move to HTTPS. (This is a very loose comparison)
C) UNSECURE - HTTP essentially

A good overview is here:

SSL vs TLS vs STARTTLS

There's often quite a bit of confusion around the different terms **SSL**, **TLS** and **STARTTLS**.

PORT - something we can connect to. A port can be connected to using multiple TRANSPORT methods and may talk multiple PROTOCOLS. There are recommended port configurations for mail protocols and these can be found here: https://www.siteground.com/tutorials/email/pop3-imap-smtp-ports.htm. Think of this like port 80 and 443 in HTTP and HTTPS. We can listen on other ports like 3000 for NodeJS but usually browsers expect to connect on port 80.

One of the things that will catch out many people coming from the web world is the concept of STARTTLS.

If you are used to things being secure on insecure you may wonder can you have a mix of both and why would you. Both are explained in the fastmail link above so I am not going to worry about the theory.

Let’s do some testing.

Having a look at Googles SMTP service we can see port 25 is open. We know that Google is pretty good about security so we can assume that they won’t let people connect with insecure protocols.

However this doesn’t seem to be the case. As we have a session and we can type things in it.

And after a while you will get disconnected.

The key takeaway - while we can connect insecurely we are limited as to what we can do until we tell the server to start using Secure Connections.

Now let’s do the same thing with OpenSSL and the StartTLS command.

Don’t worry to much what the various commands mean as they are specific to the protocol. (We will cover these later).

If we have a look at a wireshark capture of this transaction we will see the following.

We start talking unsecure SMTP protocol and then upgrade to a secure TLS1.2 procotol. That is how the STARTTLS Command works.

Port 465 is designated as STMPS or SMTP over SSL and we should be able to connect without the STARTTLS negotiation.

Testing these is easy as all we have to do is specify the correct port.

How To Talk Protocols - Once TLS Connectivity is established

From a TLS testing as long as we get a prompt we consider that TLS is working correctly.

We can go further however and test that we are getting good communications (i.e. the server is responding).

To do this we should know the syntax of the commands that the PROTOCOL expects.

Luckily these have bee outlined in the links below

Using the reference above we should be able to test an IMAP command against a GMAIL server.

If you refer to the references for IMAP above these commands will be explained to you there.

Because I am lazy and syntax is my biggest weakness I write scripts so I don’t have to remember stuff.

Most of the manual learnings of this guide I have put in to a python script which you can find here: https://github.com/ahaw021/SSL-MAIL-PROTOCOLS-TESTING

The first Message is the banner from the server

The next bits are an attempt to login using the protocols defined methods. NOTE: each protocol varies which is why the Encoded strings etc are printed out.

NOTE ALSO: the script uses changeme@gmail.com and changeme as defaults. If you want to use it change these but DO NOT post the output of the last bits

As you can see the way these protocols authenticate is very different however the certificates and handshakes are the same.

I have updated the code to include the connection information

One of the reasons why I wrote the test script the way I did is to help people isolate challenges with SERVERS vs PROTOCOLS or TRANSPORT.

More About this here: https://support.google.com/accounts/answer/6010255?hl=en

Sample Case 2: Yahoo No Longer Responding to Service But Port is Open

Opportunistic Encryption - what is it? 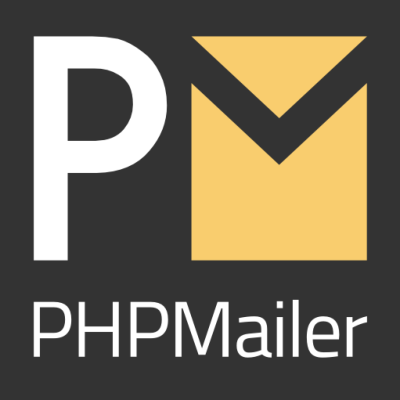 The classic email sending library for PHP. Contribute to PHPMailer/PHPMailer development by creating an account on GitHub.

I hope you have read this and learnt something.

I am planning to finish the testing script and integrate it in to a web service so it can help people test a range of PROTOCOLS and TRANSPORT methods.

Great post! I was able to test my Google Servers and see their CA’s.