Can you please help me on upgrading or enabling the TLS on my VPS that is running CentOS 6, I tested many commands and solutions on internet but none of them worked, the TLS is needed on the email server.

My mail Server software is Powermta 3.5 and the message that I get every time is :

Can you please give examples of what you tried and what error messages you got?

In the particular error that you posted here, it looks to me like this is actually an outbound error where your server is trying to deliver e-mail from your site to Hotmail, rather than in inbound error where Hotmail is trying to connect to you to deliver mail. Do you agree with that interpretation? If that's so, resolving this particular error does not require you to get a certificate or to configure the certificate in your mail server because a TLS certificate in the STARTTLS security model is only presented by the server (the destination/recipient of the e-mail), not the client (the origin/sender of the e-mail). The reason for this particular error would then be something else about your configuration—not the lack of a certificate on your end.

However, we would still be happy to try to help you get a certificate set up on your mail server even if that's not the underlying reason for the error that you're receiving.

Indeed, looking again at your error message, I’m pretty sure that it’s a problem of ciphersuite mismatch between your Powermta (acting as a TLS client) and Hotmail’s mail server (acting as a TLS server), which again does not have to do with certificates at all.

A cipher suite is a set of algorithms that help secure a network connection that uses Transport Layer Security (TLS) or Secure Socket Layer (SSL). The set of algorithms that cipher suites usually contain include: a key exchange algorithm, a bulk encryption algorithm, and a Message Authentication Code (MAC) algorithm. The key exchange algorithm is used to exchange a key between two devices. This key is used to encrypt and decrypt the messages being sent between two machines. The bulk encryption al...

It could probably be resolved by changing the cipher settings in your TLS client library (something that I have no idea how to accomplish in Powermta). Then, your Powermta would be able to negotiate a TLS session with Hotmail based on a ciphersuite that they both support.

Getting a certificate for your server could still improve security for inbound e-mails, but would not be relevant to resolving this specific error.

You are right that probelem is been shown on an outband email i’m going to search for the Cipher thing that you just told me and will hit you back because right now im in trouble and that message is shown also when attempting to send to gmail aol yahoo… Thank you and if anyone else know anything about this problem just hit me up please !

I will then show you how to test the email server (hotmail one) and get the right configurations.

as a motivator I can connect to the server over TLS with no issues and I am 100% sure it’s not a cipher issue as I have tested TLS1, TLS1.1 and TLS1.2 and have established a TLS session for all 3

This appears to be an OpenSSL bug that was fixed in later versions.

What is the output of:

My analysis is that your client is connecting using an IMPLICITLY SECURE transport rather than STARTTLS which is what the server is expecting.

The server you are connecting to only supports port 25 which requires STARTTLS for secure Mail.

Check if Powermta supports this or another option is to use a HOTMAIL service which support STMPS on port 465 (IMPLICITLY SECURE).

Hope the article helps you! 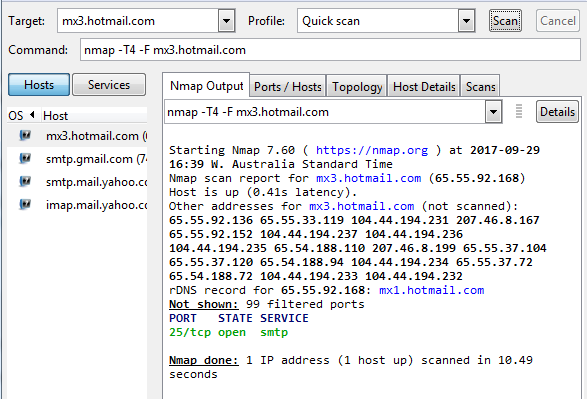 @ahaw021 what i try to achieve is sending outbound emails using the powermta via a GMX smtp relay so i tought that powermta doesn’t accept port 587 but it seems that it accepts that, cause when i tried sending email trough gmail smtp the problem didn’t show so im a bit confused right now

I have shown you that using STARTLS correctly with that server lets you interact with the SMTP Component. Why it doesn’t work for Powermta is not something I can or will troubleshoot (that’s why they have support for their product and people who know how to configure it)

they might suggest you use a different SMTP service from microsoft