Will this service supply UCC certificates?

UCC is an unfamiliar acronym to me, but from reading that article it sounds like it means a certificate with multiple DNS names in the subjectAlternativeNames field. In other words, a certificate that can serve multiple domains without relying on Server Name Indication.

LE will support such certificates from day 1. All you have to do is ask the Let’s Encrypt client to authorize multiple domain names.

Excellent! Thanks for the response.

This could be useful for me, I have 11 certificates for one domain.

Okay, I’ll bite. Why do you have eleven certificates for a single domain?

Those are not all one domain. They are each their own domain. So you have 11 domains and a cert for each of them. Not 1 domain and 11 certs.

No, it is all one domain.
You could argue though that they are all under different subdomains/hostnames, and I would agree with you on that.

I have 11 subdomains/hostnames that require a separate cert each, 11 domains would be a bit too expensive for me.

In this case example.com is the domain, www, git & mirror are hosts. Normally in this situation you’d use a wild card certificate on *.example.com

They are FQDN’s. In that form a hostname is a domain name.

@NOYB Now your talking semantics. Bottom line is, they are all the same domain.

While you’re on Wikipedia, perhaps you should also read

A fully qualified domain name (FQDN), sometimes also referred to as an absolute domain name, is a domain name that specifies its exact location in the tree hierarchy of the Domain Name System (DNS). It specifies all domain levels, including the top-level domain and the root zone. A fully qualified domain name is distinguished by its lack of ambiguity: it can be interpreted only in one way. It usually consists of a host name and at least one higher-level domain (label) separated by the symbo The D...

In your world, you would have have actually registered a domain called git.example.com? I don’t think so…

In your world, you would have have actually registered a domain called git.example.com? I don’t think so…

No. Not being “registered” has nothing to do with whether or not it is a domain name. And x.example.com is not the same domain as y.example.com . It is not semantics.

Err, you have to register a domain name in order to get one!

Given a FQDN it’s often useful to know what the registered domain is, in fact there is code to do just that 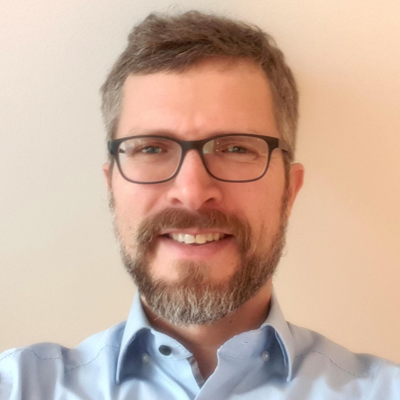 Detect the registered domain for a given domain name in C, Perl and PHP, based on Mozillas effective TLD listing - usrflo/registered-domain-libs

So given, git.example.com, it would return example.com

You could have however many name.example.com’s and they are all under under the single domain example.com

I think this disagreement is just about different informal uses of terminology.

From the current Let’s Encrypt CA’s point of view, we will separately check whether each full-qualified domain name (not just top-level domain) exists and is under the control of the requesting party before agreeing to include that name in the certificate. We do not currently take advantage of knowledge about relationships between one name and another, so foo.example.com would need to be validated totally independently of bar.example.com. For our purposes, we thus distinguish between full-qualified domain names (which are created in the DNS) and top-level domain names (which are registered with a domain registrar) and the former are the names that we validate for our issuance purposes.

I don’t think there’s a need to argue about which kind of name can be referred to as a “domain name” in which context. I think everyone understands that top-level domains are registered with registrars and then subdomains are created under them using the domain name system, and that there are various possible ways of referring to these practices informally, which hopefully everyone will understand from context. I hope the validation practices of our CA will be clear to everyone who’s thinking of requesting certs for a particular configuration.

So what’s the problem with doing wild card certificates?

If you control www.example.com, then it’s hard to imagine you don’t control git.example.com seeing as at the DNS level you’d be controlling example.com

(Yes I know you can delegate subdomains, but we’re not talking about that here)

You could have however many name.example.com’s and they are all under under the single domain example.com

For this you would use a wildcard SSL.

For this you would need a UCC cert

Currently Let’s Encrypt does not make this distinction or use this terminology this way, but we’re happy to issue such certificates and do so every day.

Looking at the Certificate Transparency logs, an example that we issued recently is

This was issued using our normal procedures, policies, and technology and nobody had to do anything out-of-the-ordinary to request this certificate. Overall, I’d casually guess that about 10% of our certificates are UCC certificates under this definition, though I haven’t investigated this carefully and the correct number could be quite a bit higher or lower.

Let’s Encrypt currently doesn’t issue wildcard certificates at all, but is planning to do so starting in January:

Let’s Encrypt will begin issuing wildcard certificates in January of 2018.

I’d still agree with what I said a year ago:

I don’t think there’s a need to argue about which kind of name can be referred to as a “domain name” in which context.