when i try access my server from android system the certificate appear as not trusted, so is there any setting or batched for this ?

Hi @allam, as far as I know, it should work from Android 2.3.6 so if you have a newer version maybe the problem is that you didn’t include the intermediate certificate in your web server. If you can provide your domain name we could check it for you.

https://ebank.reb.sy
the error is:
The site’s security certificate is not trusted!
You attempted to reach ebank.reb.sy, but the server presented a certificate issued by an entity that is not trusted by your computer’s operating system. This may mean that the server has generated its own security credentials, which Chrome cannot rely on for identity information, or an attacker may be trying to intercept your communications.
You cannot proceed because the website operator has requested heightened security for this domain.
Back to safety
Help me understand

I hope this helps.
sahsanu

this is what i find on intermediate on iis server

First try to remove the X1 certificate and if it still doesn’t work, try the solution in above post to remove it using the SYSTEM user.

and most browsers will be forced to connect without forwarding secrecy.

IIS is smart enough to use the correct certificate to include in the chain even if non relevant Intermediates are installed.

Also the correct intermediate is now being served https://www.ssllabs.com/ssltest/analyze.html?d=ebank.reb.sy&hideResults=on

@allam if you have a look at the results

For clients with your current SSL configuration

If you have a native app running certificates should be trusted so should fairly new versions of chrome.

What browser is the user using or are they using a native app? 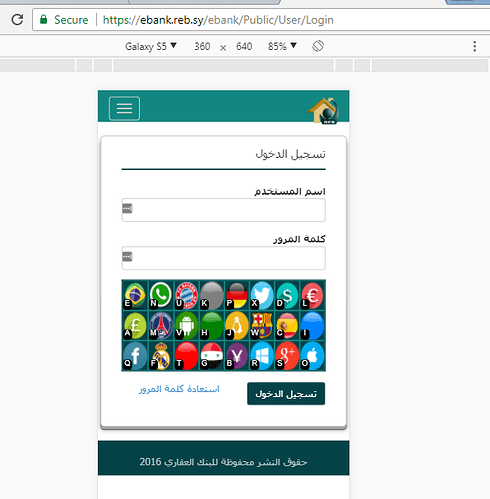 IIS is smart enough to use the correct certificate to include in the chain even if non relevant Intermediates are installed.

Also the correct intermediate is now being served https://www.ssllabs.com/ssltest/analyze.html?d=ebank.reb.sy&hideResults=on

Well, it is and it isn’t ;), right now it is serving the intermediate certificate for Let’s Encrypt Authority X3 BUT issued by ISRG Root X1 instead of the one issued by DST Root CA X3. As far as I know ISRG Root X1 is not included yet in Android, at least it is not in my Android version 7.0.

@allam, just to test, try to remove the intermediate certificate Let’s Encrypt Authority X3 issued by ISRG Root X1 and left only the one issued by DST Root CA X3.

I think it is

Will review the other post. It’s building the right chain as far as I can see. 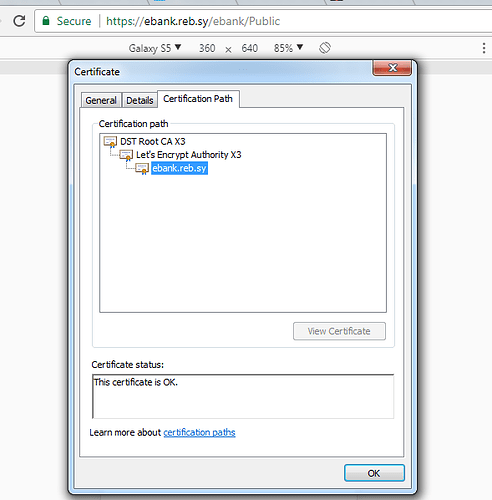 Micorosoft is also able to differentiate between the two Intermediates 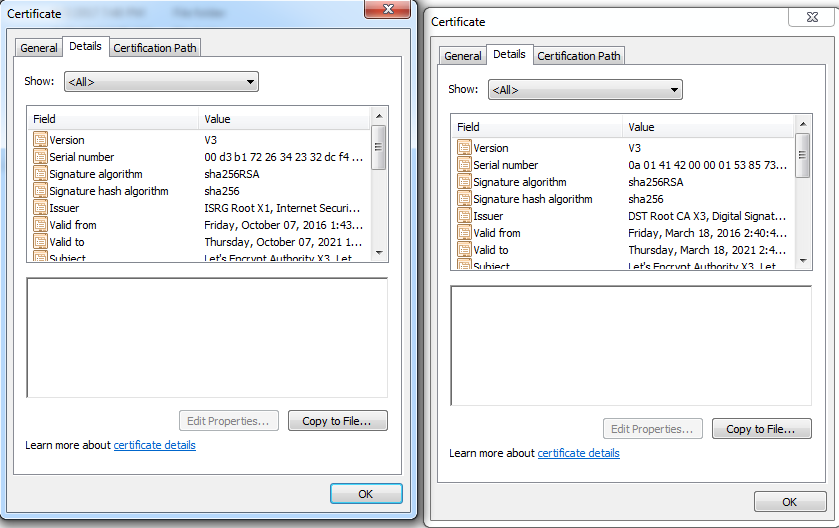 @ahaw021, not from my side, Firefox browser works fine but Chrome is not as ISRG Root X1 is not included in my Windows version and that is the intermediate certificate server by ebank.reb.sy.

I’m off work today and I don’t have my “English” laptop near so the language of below screenshot is in spanish but you will see that ISRG Root X1 is red marked because it is not included in Trusted CAs. 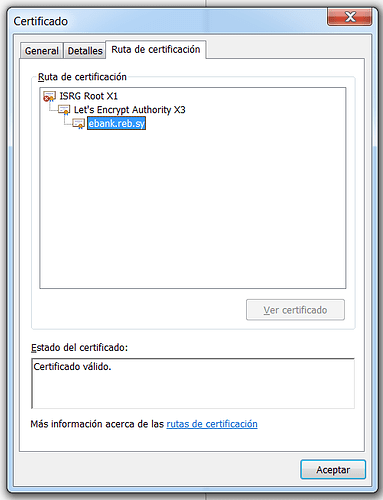 The same in Android (tested with Boat Browser, Opera an Chrome), I receive an error: NET::ERR_CERT_AUTHORITY_INVALID and is because ISRG Root X1 is not yet included in the trusted CAs.

That is the reason I advice @allan to remove the intermediate certificate issued by ISRG Root X1, because for me… and sslabs it is serving this one always instead of the one signed by DST Root CA X3.

Edit: Just to give more info, I installed Firefox browser in my Android device and the site is working fine because Firefox uses its own trusted CA store. 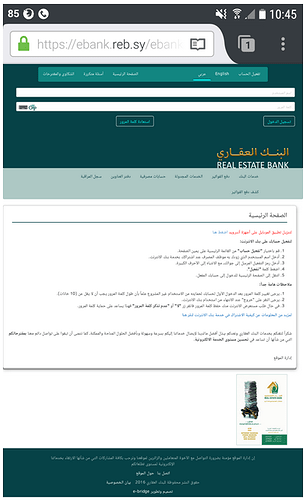 will let you know the link to test.

may be a more elegant solution is to include the root in the chain as well but will see.

Shouldn’t the fullchain.pem be the right file to serve?
Or is that what is being served and contains incorrect intermediate?

IIS does not have the concept of fullchain.pem

So pasting fullchain.pem is not much use as most windows won’t have this

Just for the records, I’ve checked it again and now it is sending the DST Root CA X3 intermediate certificate so it is working fine in my Android device with all the browsers I tested.