Please fill out the fields below so we can help you better. Note: you must provide your domain name to get help. Domain names for issued certificates are all made public in Certificate Transparency logs (e.g. crt.sh | example.com), so withholding your domain name here does not increase secrecy, but only makes it harder for us to provide help.

My web server is (include version): www.prs-calarasi.ro

The operating system my web server runs on is (include version): nginx version: nginx/1.18.0 (Ubuntu)

My hosting provider, if applicable, is: no

I can login to a root shell on my machine (yes or no, or I don't know): yes

The version of my client is (e.g. output of certbot --version or certbot-auto --version if you're using Certbot): certbot 1.21.0

can I create the prs-calarasi.ro domain in the same certificate?

Existing certs cannot be modified. But, you can get a new cert with both names by just naming both domains in the command. If you had shown your command I could give example.

But, your DNS has those two domains pointing to different servers. You need to fix that first.

it's only the nginx server that I need the certificate for
I still don't need the apache one for this domain
the apache one I will issue mail.prs-calarasi.ro but later

See this test site which uses a method similar to the Let's Encrypt Servers which look at your authoritative DNS
https://unboundtest.com/m/A/prs-calarasi.ro/XK7M4HGW

now i removed the apache server

If you want apache for some other domain name, you set its IP on that new name not in the apex prs-calarasi.ro

And, the unboundtest uses your authoritative DNS servers so looking up with that method does not depend on where you lookup or the propagation.

ALSO, you have some DNS config issues you should review and correct. See below
https://dnsviz.net/d/prs-calarasi.ro/dnssec/

OK. Now reissue your original command with both domain names. If nginx is configured properly for both names you should get a cert with both names.

but, do review the DNSViz site I linked. Your DNS has some issues 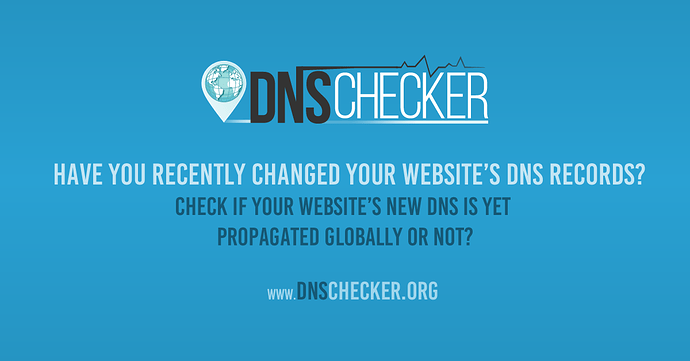 I see someone here

Let's Encrypt does not rely on that kind of propagation as it uses your authoritative DNS. Please research more about how DNS works.

is this the command to link the two domains?
actually this was my initial question
how can I link the two www and http domains

how can I link the two www and http domains

That is the right certbot command.
But you have to fix the DNS issue first.

is this the command to link the two domains?
actually this was my initial question

Yes, that looks good and I would have said so if you had shown the command you used earlier

But, as both Rudy and I have noted, you still have DNS issues to resolve so that you have a reliable system

Also, using a single authoritative DNS server is NOT a good idea.

It contains these names: www.prs-calarasi.ro

Do you want to expand and replace this existing certificate with the new certificate?

(You can set this with the --expand flag)
Ask for help or search for solutions at https://community.letsencrypt.org.

curious now it works
I mention that I did not make any changes
website www.prs-calarasi.ro is the same as prs-calarasi.ro
both have a certificate

What does this show?