This is good. I don't need to add a random delay myself

It has been added since certbot v0.29.0: certbot/CHANGELOG.md at master · certbot/certbot · GitHub Although waiting randomly for just 8 minutes isn't very long.. Especially if you realise perhaps some certbot instances which were started at the top of the hour are still doing their thing 8 minutes into their start of renewals, perhaps due to DNS propogation waits or something.. If I were the certbot team, I'd have choosen a longer delay: a longer time to randomly choose from and an offset, so all delayed renewals will not coincide with the non-delayed clients which actually do run at the top of the hour.

I would agree.
Something closer to 60 minutes should work better at distributing the load.

Fiona just released mod_gnutls 0.12.0 so now we have an officially supported version 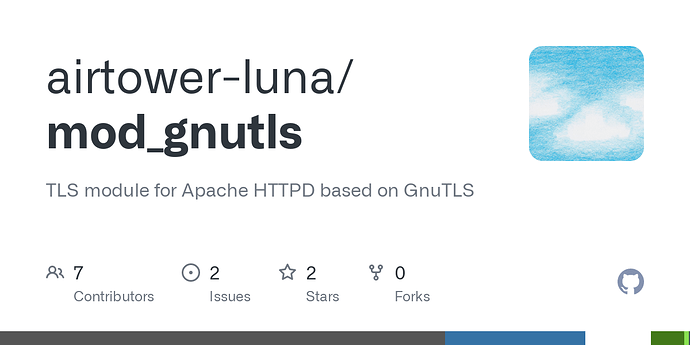