Peter Eckersley, may his memory be a blessing

I'm devastated to report that Peter Eckersley (@pde), one of the original founders of Let's Encrypt, died earlier this evening at CPMC Davies Hospital in San Francisco.

Peter was the leader of EFF's contributions to Let's Encrypt and ACME over the course of several years during which these technologies turned from a wild idea into an important part of Internet infrastructure. He also took a lot of initiative in coalescing the EFF, Mozilla, and University of Michigan teams into a single team and a single project. He later served on the initial board of directors of the Internet Security Research Group.

You can find a very abbreviated version of this history in the Let's Encrypt paper, to which Peter and I both contributed.

Originally from Melbourne, Australia, Peter was an avid road cyclist and espresso connoisseur, and was renowned for his flamboyant fashion sense, as well as his appreciation of beautiful architecture and his talents at hosting parties and bringing people together. He held a PhD from the University of Melbourne.

Peter's intellectual interests included economics and moral philosophy, and he actively researched in these areas, including a demonstration that human values probably cannot be systematized in a way that can give a clear and consistent answer about what is best in every situation. As one of the inaugural members of the Giving What We Can pledge, Peter promised to donate 10% of his income to charity.

Toward the end of his life, Peter focused his career on ethics and safety of artificial intelligence, and he founded the AI Objectives Institute to examine the concrete parallels he saw between surprising and undesirable outcomes that can emerge within economies and those that can emerge in machine learning systems.

You can find some of his research and ideas at

Edit (September 3): A lot of people have been reading this note because it was linked elsewhere. Since I wrote last night, some Wikipedians have also created an article about Peter: 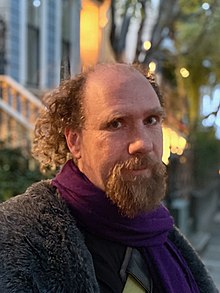 Peter Daniel Eckersley (1978 or 1979 – 2 September 2022) was an Australian computer scientist, computer security researcher and activist. From 2006 to 2018, he worked at the Electronic Frontier Foundation, including as chief computer scientist and head of AI policy. In 2018, he left the EFF to become director of research at the Partnership on AI, a position he held until 2020. In 2021, he co-founded the AI Objectives Institute. While at the Electronic Frontier Foundation, Eckersley started pr...

The article has some nice references to some of his work and accomplishments. It also confirms that he was just 43 years old. (see below for a correction on Peter's age)

I believe his correct date of death is September 2, because Yan Zhu posted on Twitter that he had passed away last night (Friday).

Edit (September 9): The Wall Street Journal has run an obituary with comments from several of Peter's friends and colleagues. If you don't have a subscription, you can read the obituary via archive.ph. (The Journal states that he was 44 rather than 43, which might be correct since I think they were able to ask his family members.)

Edit (September 17): Peter's family confirmed that Peter was born in 1978 and was 44 when he died. In addition, his family invites memorial donations to continue the work of the AI Objectives Institute.

I'm sorry for your loss.

I'm so sorry. He was a great person that make the Internet much better for all. RIP.

Thanks for writing this lovely post, Seth. I really treasure the years spent working with Peter and the many conversations where he expanded my view of what is possible or what we should be thinking of. Not to mention several lovely bike rides! I'm very sad to lose him so suddenly.

Thanks for writing this @schoen . I'm so sorry for your loss.

So thankful for him, for this amazing community he helped bring together, and for all of his many achievements on the Web that will truly outlive us all.

I just heard. While I never knew him personally, he will be forever remembered as an original founder to movement used by millions now.

Thank you @schoen I'm sorry for your loss

Really sorry to hear this. Like others have said, I didn't know him, but without him we wouldn't have LE which has changed encryption as we know it, taking it from being the preserve of companies with expensive certs to something everyone can use. RIP

Forever in Our Hearts! He was a lighthouse for the people of the earth.